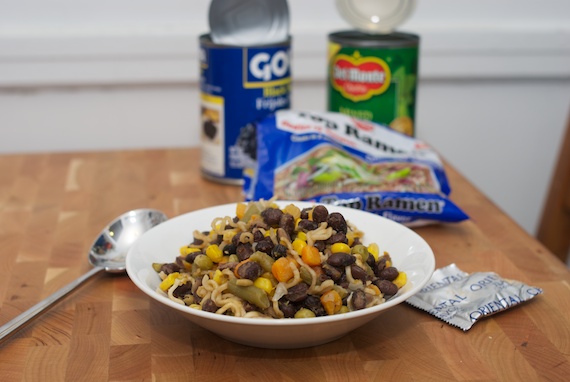 What would you do if you were hungry? For many of us, myself included, the answer is pretty straightforward – we would get something to eat. Well, first would have to figure out the details, like what we felt like eating, whether to splurge on going out or ordering in, or if we could muster the energy to prepare something at home.  But for 48.8 million food insecure Americans, the hard part is figuring out where that meal will come from, and if they qualify, how they can stretch the $4 per day allotted from government benefits into a substantial satisfying meal. 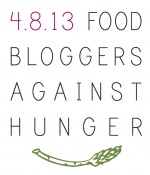 Sustainable Pantry, together with over 200 food bloggers, is dedicating today’s post to raising awareness about hunger in America, and asking you to step up and help make a difference (more on that in a bit).

It’s hard to imagine what hunger in America in 2013 looks like.  I know I have images ingrained in my memory from the 1980s famine in Ethiopia, and of starving, weak children with fragile, thin limbs and distended abdomens, but that’s a famine in Africa, that’s not America.  How can there be 49 million hungry people in America and yet we’re the most overweight country in the world? How can 85% of families that are food insecure have at least one working adult? Why has the price of fresh produce increased by 40% during the same 30-year timeframe that the price of processed food decreased by 40%? The unfortunate reality is that although there is enough food, healthy, fresh food is not accessible to the vast majority of hungry Americans due to a tenuous web of food policy, farm subsidies, special interest groups, lobbying, and political power dynamics.

About a year ago as part of the Food Bank NY’s Food Stamp Challenge, Matthew and I subsisted on the $31/person weekly food budget allotted to participants of the Supplemental Nutrition Assistance Program (SNAP; also called food stamps) in New York City. We slowly walked through the aisles of the grocery stores adding up our pennies, we clipped coupons, we bought items on sale, and we put together a well-rounded $62 worth of groceries which included fresh vegetables, fruit, nuts, grain, beans, tofu, even Dr. Praeger’s veggie burgers. Then, I spent hours planning and preparing well-balanced meals, packing all our food for the each day out of the house, and making sure we didn’t snack when we came across food at our offices. It was totally Sustainable Pantry, but I totally missed the point of the exercise. 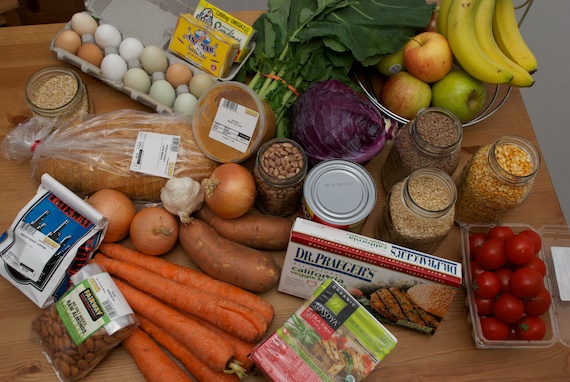 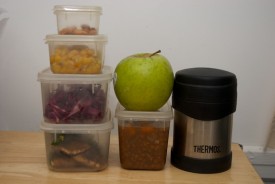 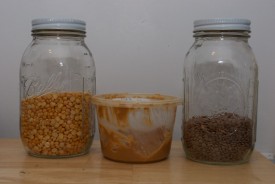 Without even realizing it, I was coming to this challenge from a place of privilege that most SNAP participants could not afford. I am privileged to have the time to slow-cook a lentil stew. I am privileged to own a slow-cooker. I am privileged to have a well-stocked refrigerator, and I am privileged to have the know-how to whip up tasty meals from dried beans and grains. Even though there were times we were hungry throughout the week, and it was definitely a challenge to work with such a paltry budget, the fact that after the week was over we would go back our relatively lavishly stocked pantry and privilege, made it impossible to feel the plight of the actual participants of the SNAP programs. We could never approximate what a food stamp recipient actually goes through, without  the safety net of privilege, and a host of other challenges, such as waiting in line in a government office for hours, or forcing yourself to fall asleep to escape the unbearable hunger pangs.

These issues are all brought to the forefront in a poignant new film A Place at the Table, a documentary that profiles the struggles of three out of the 48.8 million Americans currently food insecure.

Barbie Izquierdo, a single mother of two lives in a food dessert in North Philadelphia. Barbie takes 2 busses and travels an hour each way to reach a well-stocked grocery store to buy her children fresh food. Barbie does not have the time to cook meals from scratch, even if she did have access to fresh ingredients.

Rosie, the Colorado 5th grader whose family depends on their church’s food pantry to sustain them, finds herself unable to concentrate in school, instead she finds herself daydreaming of her teacher becoming a banana and her fellow students, apples. Rosie’s mother doesn’t qualify for food assistance since she makes $120 every two weeks. That is too much income.

Tremonica, the Mississippi 2nd grader whose mother cannot afford healthy food, is obese yet she doesn’t eat breakfast because there isn’t enough food.

SNAP benefits are part of the solution for the 48.8 million Americans—including 16.2 million children—that struggle with access to nutritious food.

Despite how many people rely on this program, SNAP benefits are in jeopardy. Congress is currently working to reauthorize the Farm Bill, the legislation that provides funding for the SNAP program. Drastic cuts to SNAP are on the table. If Congress cuts funding for this program, it will impact millions of children and families, leaving them more vulnerable to hunger and starvation.

CLICK HERE to send a letter to your congressperson urging them NOT TO CUT the budget to federal food assistance programs. Make your voice heard!  Cuts to these programs are short-sighted and will only lead to more children and families going hungry this year. 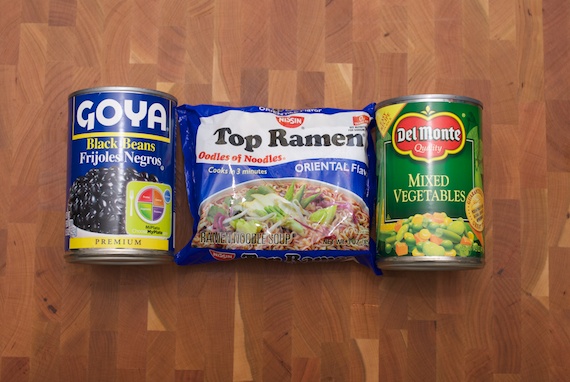 So after watching this film, and as part of the Food Bloggers against Hunger initiative, I decided to revisit the food stamp challenge, following parameters that more accurately reflect the situation of hungry Americans.  Throughout the movie, the families were opening up cans and heating up food, not firing up their slow-cooker. When Rosie’s family received donations of food from the pantry, it was mostly shelf-stable and processed. Barbie spoke specifically of having to give her children a Hot Pocket for dinner. Someone else mentioned eating a meal bought at a gas station. I went to my local convenience store which does not stock fresh produce, and bought $3.88 worth of “groceries”, which is about the equivalent of what a SNAP recipient receives for ONE DAY of food. As you can see above, it got me a can of beans, a can of mixed vegetables, and a packet of ramen. I opened the cans, rinsed the contents, and sautéed the vegetables and beans together. I softened the ramen noodles in boiling water, drained them, then added them in. The meal was seasoned with the “Oriental Flavor” packet. 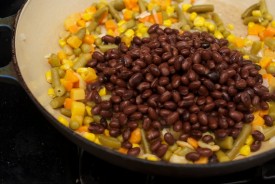 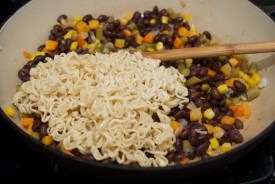 The meal was not nutritious. One serving contained about 90% of the recommended daily allowance for sodium (the flavor packet was pretty much straight MSG).  The dish was gummy without the crunch of fresh vegetables, and although it was satisfying, I blew the daily budget on this meal that only provided 2 servings of dinner. But unlike the millions of  hungry Americans, this was just an experiment, and tomorrow, I can go back to eating my fresh vegetables, taking my luxurious time to prepare healthy, local and sustainable meals. Please take a minute to help ensure that the 48.8 million Americans who rely on these programs will continue to receive the help they need.

Watch the movie, A Place at the Table, either in theaters or download from iTunes or Amazon.

9 thoughts on “What would you do if you were hungry?”