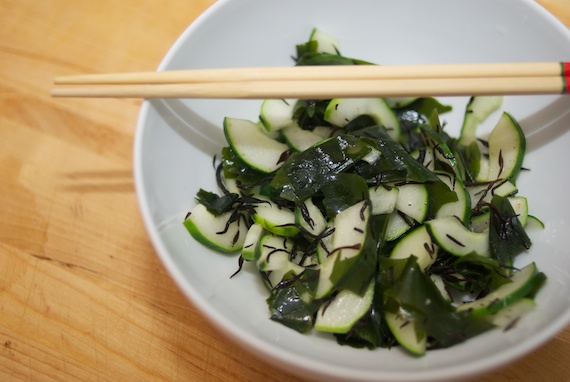 I’ve been making this salad since I fell in love with a similar one at Souen, a macrobiotic restaurant in Greenwich village during college. Now, 13 (gasp!) years later, knowing more about Chinese medicine and the 5-elements, this salad remains one of my top go-to summer dishes. In Traditional Chinese Medicine (TCM) theory, the summer season corresponds to the fire element – no surprise there – and fire’s flavor is bitterness. The fire element is balanced by the water element – again, no surprise there – and water’s flavor is saltiness. So this cold sea salty salad is the perfect antidote to the blistering days of summer.  The crispness of the raw cucumbers together with the salty seaweed will cool you down and fast! 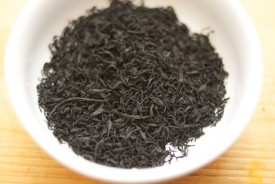 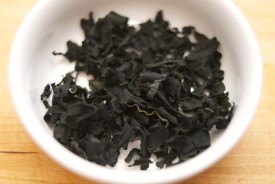 Seaweed is a great vegetable source of omega-3 fatty acids and calcium. Fish actually get their omegas from eating seaweed, so why not go straight to the source?! Today I used two kinds of seaweeds: hijiki and wakame. I tend to buy “cut” or “flaked” wakame since it’s already de-stemmed, which cuts down preparation time.  Dried seaweed will keep in your pantry for about a year. It’s important to note: seaweed expands A TON when soaked. Depending on the ratio you’re after, keep that in mind. I used about 1.5 cucumbers today, and about 3 Tablespoons of each seaweed, which was plenty. Mix the seaweed and cover with ample water; soak for 15 minutes and drain. 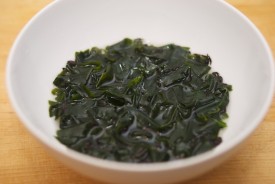 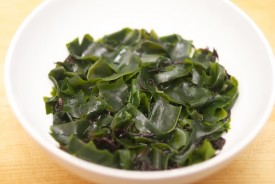 Meanwhile, cut the cukes. I got a number of cucumbers from our CSA last week, so I decided just to scrub them, although if I bought them in the store, I would have peeled them. I scraped out the seeds and cut thinly into half-moon shapes. 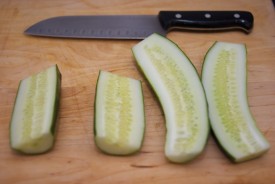 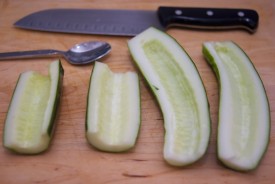 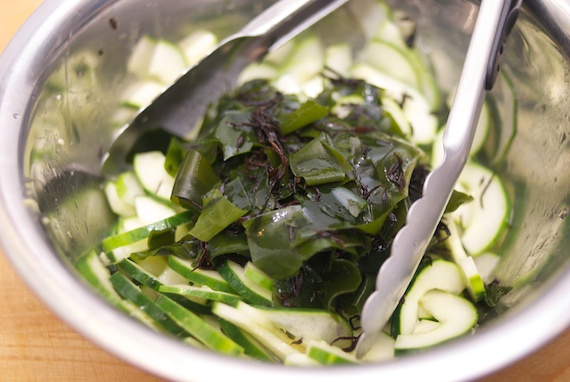 Once the seaweed is reconstituted and drained, toss the cucumber slices with the seaweed and dress with rice wine vinegar, sesame oil, a squirt of sriracha, and freshly grated ginger. If you have black sesame seeds, throw them in there, too. Sometimes I need a bit more salt, and I put a dash of tamari, but it depends on what I’m craving. Speaking of, sometimes I make it very spicy – which is great with the coolness of the cucumbers. In other words, please experiment – this is a framework to make your version of the salad. Who knows, maybe it’ll turn into a summer classic that helps you stay cool for the next 13 years. 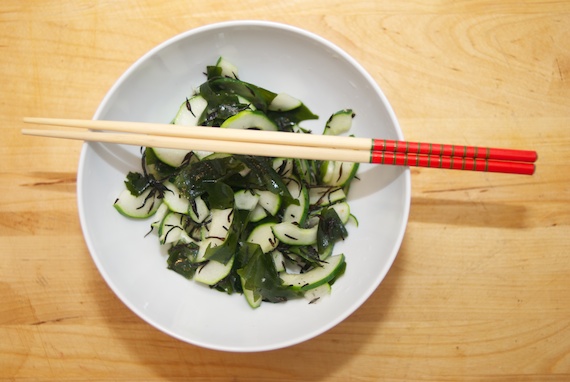