Vefa’s Kitchen is one of my favorite cookbooks. I often pick it up and marvel at the pictures, and the simple, fresh ingredient-inspired Greek recipes. As I was leafing through the book the other day, I came across this recipe for “Baked Giant Beans”.  The recipe called for dried lima/butter beans, and remembered that I had a bag of fava beans in the pantry, so I went about making the dish. It’s a real country/rustic dish, best served with greens and a thick slice of wheat bread. 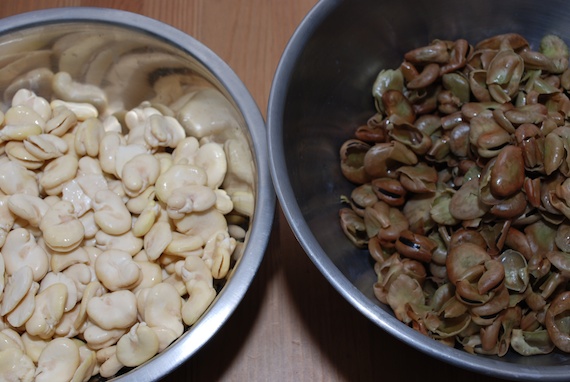 Peel the lima beans. Put peeled beans, carrot and celery root and a large pinch of salt in a large pot and cover with water. Bring to a boil, turn down heat and simmer for about 20-40 minutes, until the beans are just tender. Strain the cooked beans and place them (along with the carrot and celery root) into an oven-safe dish. Preheat oven to 350F. 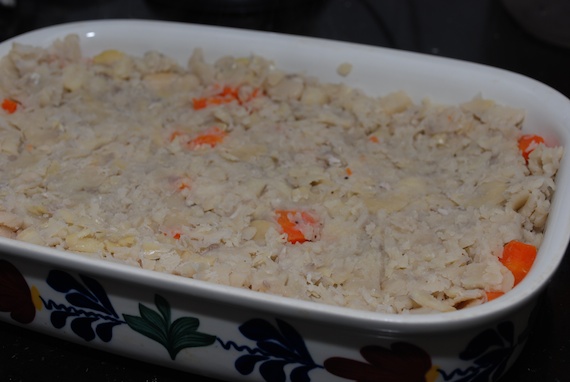 Meanwhile, heat some olive oil and sauté the sliced onions and garlic, seasoning with salt and pepper, for a few minutes. Add tomato paste, then tomatoes. (Like I said above, my tomato paste and tomatoes were both in frozen form, so it took a while for both to defrost…I was planning on using a carton of Pomi, and then when I reached for the frozen tomato paste, I remembered the frozen tomatoes…If I would have remembered earlier, I definitely would have defrosted.) 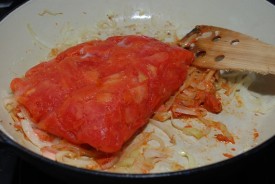 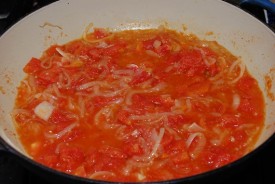 Add oregano and red pepper flakes to taste, and cook tomato mixture for about 10-15 minutes; then spread tomatoes over the beans in the dish over the beans, top with parsley and dill, and layer with sliced tomatoes. Sprinkle salt on top. Bake for about 1 hour. Serve warm or room temperature. 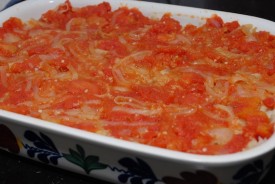 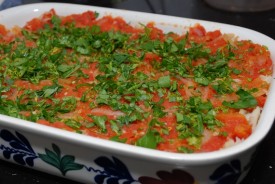 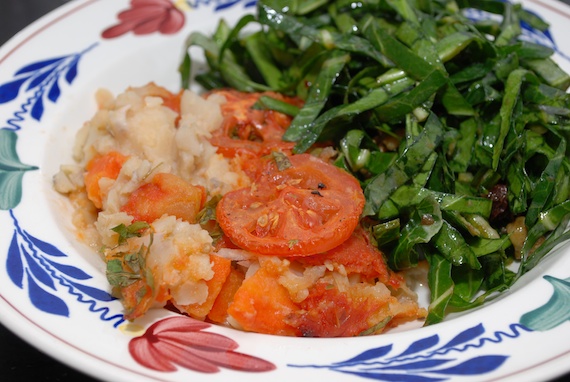